We continue to get regular visits from White-Tailed Deer to the feed block and salt lick in the backyard.  I liked this pairing from early May when this odd couple of a raccoon and a deer shared a late night snack of corn, grain, and molasses. 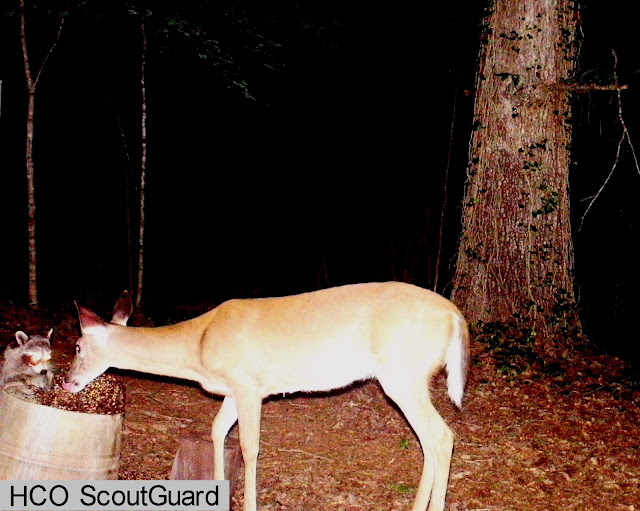 This photo from a couple weeks ago shows the antler growth of one of the bucks.  I am looking forward to seeing the progression of this process of antler development. 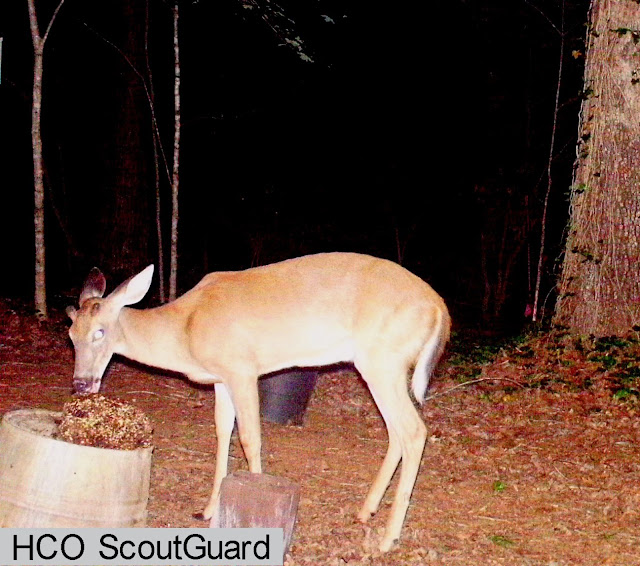 This is a photo of the same male deer in profile a few minutes later. 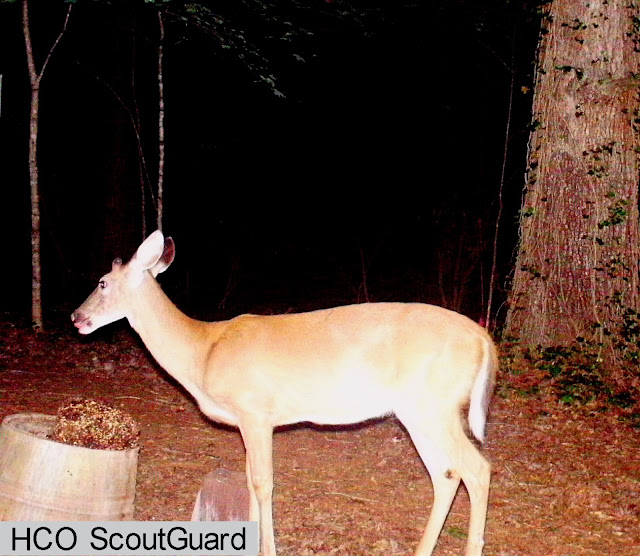 A few nights later this trio visited the food block.  The White-Tailed Deer in the center appears to be a pregnant doe.  I will be hoping to see a fawn or two later in the summer.  On her right is a young buck.  I consulted a friend from the lab who is a fellow naturalist as well as a deer enthusiast.  He told me this may be the doe's young one from last year.  He says that she will probably drive him off before she delivers her fawn(s). I read that does generally drop their fawns in May or June, so this could be soon.  The buck on the left appears to be an older deer, but my friend says, perhaps no older than three years old. 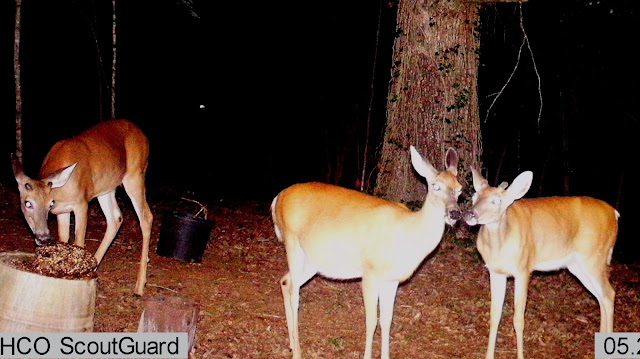 A couple days later the pregnant doe is back to feed. She is looking fairly plump. I've got fresh batteries in the camera.  I need to put out another food block as this one is going fast. 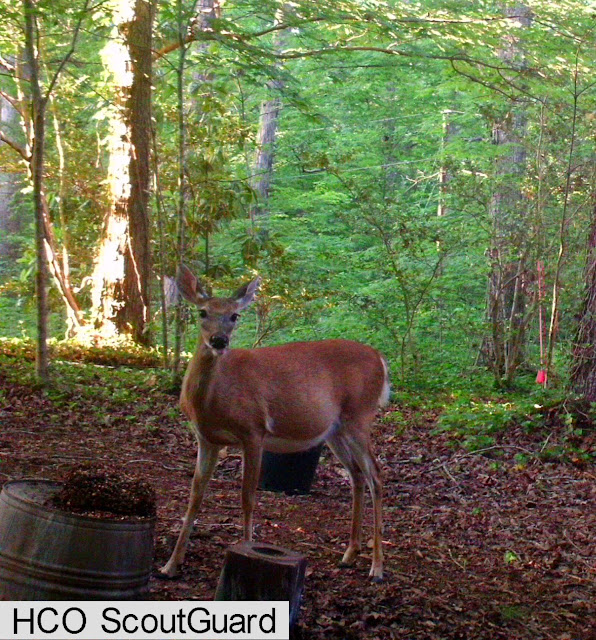 Posted by From Bluebirds to Turtles at 10:57 AM