A House Wren Nest in June


Mr. Rogers, from Mr. Rogers' Neighborhood, used to talk about Troglodytes aedon, the House Wren, on his children's television program.  The name Troglodytes means "cave dweller".  Wrens typically like to nest in "cavities" like a nest-box, but also lots of other places like hanging flower baskets, barbecue grills, window air conditioners, woodpecker holes, and many other unusual places.

to see info about the character:
http://en.wikipedia.org/wiki/Neighborhood_of_Make-Believe#Regular_puppets

to see a video clip of a song about this little bird
http://www.youtube.com/watch?v=dgUZGMMHKPY 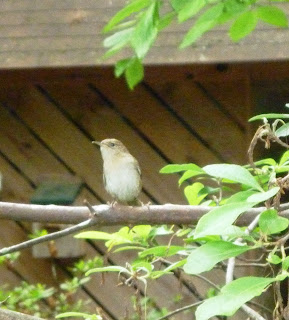 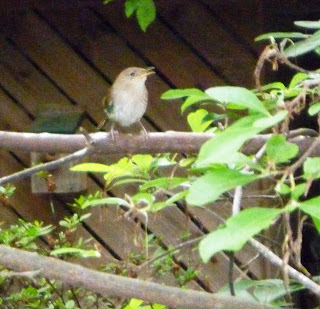 
On the morning of the eighteenth day, I heard the male parent singing his bubbly happy sounding song.  Not long later I saw him and the female going in and out of another nest-box about 50 feet away from where they had just raised these four babies.  I checked the nest-box early in the afternoon and found the foundation of twigs and sticks.  These two birds are contemplating nesting again while they tend to the youngsters who left the nest in the past two days.  These are busy, busy House Wrens! 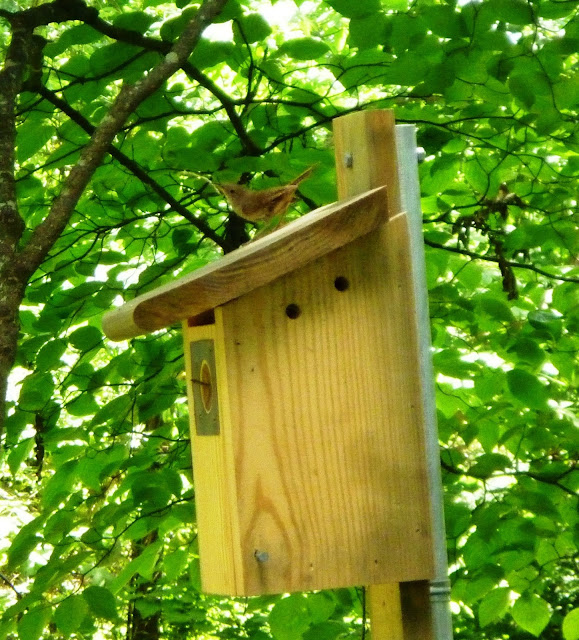 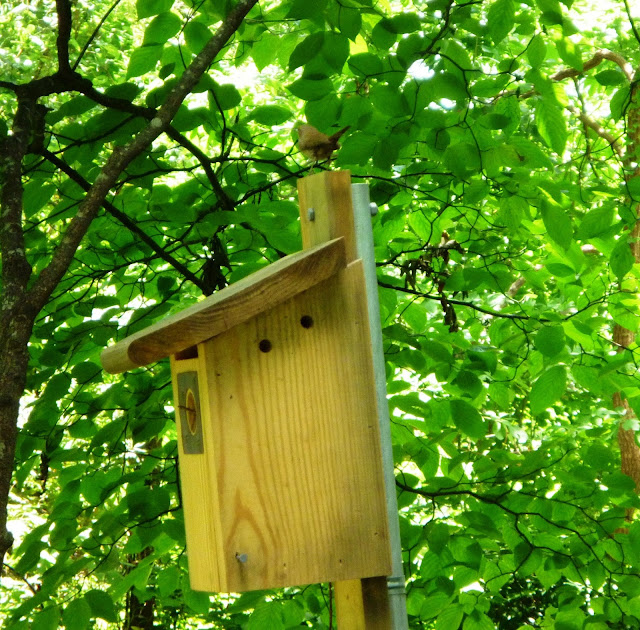 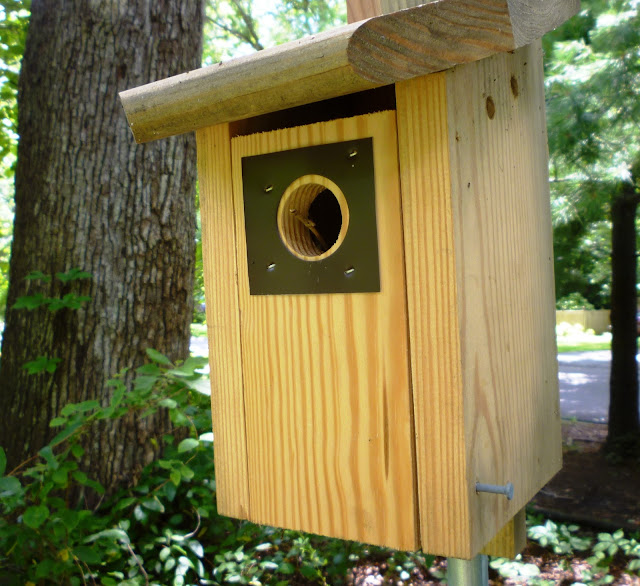 Posted by From Bluebirds to Turtles at 2:04 AM 1 comment: