Any day at the North Carolina Museum of Natural Sciences is a good day for me. Today was no different. I started the day at the research lab facility out at Prairie Ridge with Heather and Maridith trying to learn how to use ACME Mapper to confirm locations where individual salamanders were collected up to 30+ years ago.

Then the three of us and a couple others helped Ben, the collections manager for Mammalogy, load up bird and mammal specimens that are stored in jars or buckets of alcohol and packed in cardboard boxes into a box truck. The one I will remember most was a five gallon plastic bucket with tight fitting lid that holds the remains of a Bald Eagle. 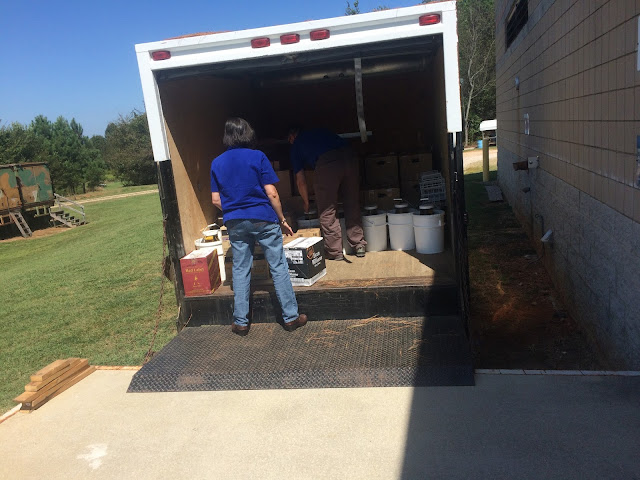 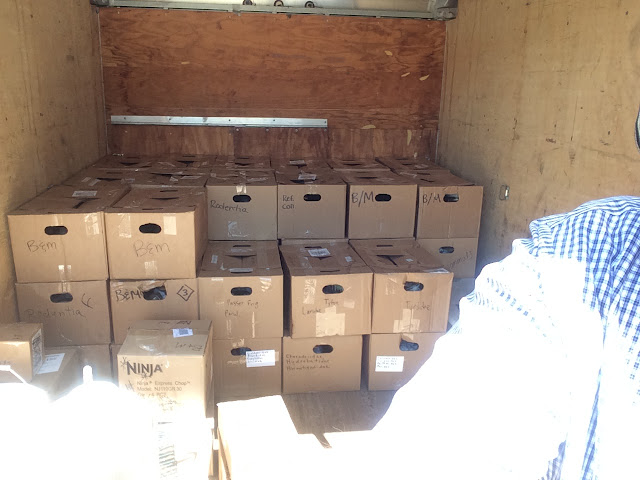 I zoomed downtown to the museum proper to help unload the truck. I arrived a bit early so walked to the biodiversity lab where I spend most of my volunteer hours. Two women were admiring the several whale skeletons suspended in the Nature Exploration Center and one asked me if they were real, then where they were dug up (they were not dug up and some of them washed up on the beaches of NC), and how the bones were so clean (I took them to the Nature Research Center side to show them the colony of dermestid beetles that have been cleaning the flesh off of the skeletons of three river otter carcasses). When I asked where they were from, I learned they were flight attendants from Seattle and Portland with just the afternoon to spend.

Then I went to ask Lydia where we should meet the truck. She was busy working over a stainless steel sink, and let me help her finish scrubbing and rinsing a tub full of bones from a beaked whale!

The truck arrived shortly after we finished scrubbing, so down to the loading dock we went. On the way we found a Southern House Spider in the back stairwell! We unloaded the boxes onto several carts and a pallet jack, rolled them into a huge freight elevator, and took them to the "secret" place where bird and mammal specimens are prepared. They'll be arranged on special shelving over the next few weeks. 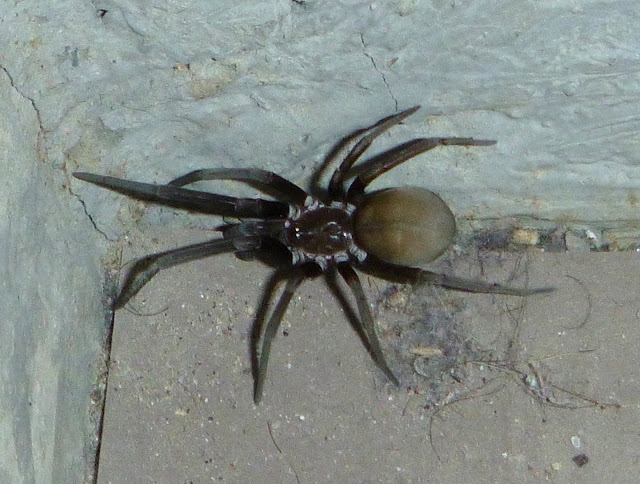 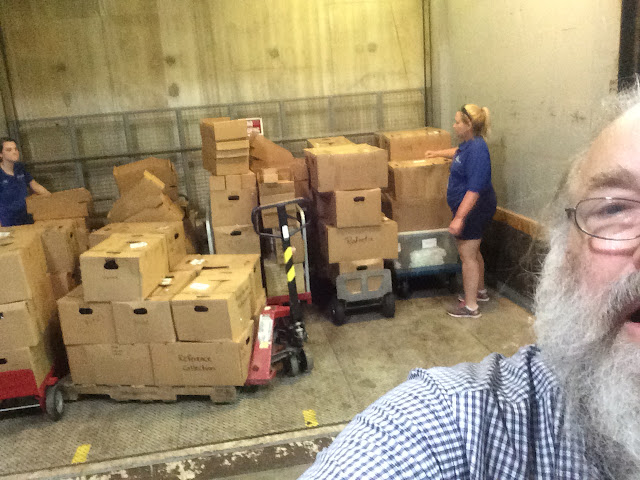 So back up to the biodiversity lab I went. I talked with my boss, Mariah, about plans for taking photos of the contents of eggs she has curated. And I moved house sparrow egg photos that I had taken earlier into the new database where all the data from the several hundred eggs we've received this summer is being accumulated and stored.

From my spot at the computer I could see a family guiding an elderly relative in a wheelchair into the Naturalist Center across the way, a place that is filled with the most delightful specimens of all descriptions that are meant to be handled and studied and enjoyed, a place imagined and brought to fruition by John Connors. I thought about how diverse the people are who visit this museum. They are of all ages; all genders and sexes; all races; all nationalities; all religions; folks with all sorts of limiting physical and mental abilities along with their kind caregivers; quiet children and children bounding off the furniture and very curious children; traditional families and families with children of multiple races; grandparents with grandchildren; students from public schools and students who are home-schooled; older teens shepherding summer camp kids all wearing the same neon colored shirts; old military veterans who had limited opportunities for education, but are wiser than most of us and know tons about nature and are still learning; a young couple kissing at the Greg Fishel/WRAL weather station hands-on exhibit; a scientist from CDC who was amazed at the depth of this place; and even flight attendants with a few hours to spend before getting back on the plane for the West Coast. It occurs to me that I am observing an amazing diversity of humans who are drawn to the creatures of nature, and that diversity parallels the biodiversity that staff in this lab, that I am so fortunate to volunteer in, seeks to study everyday.

My afternoon ends with talking to the curator of birds about egg porosity and who I could talk with about how we can measure this characteristic in our house sparrow eggs. I help him set up chairs on the fourth floor where the Wake Audubon meeting was held tonight. He tells me about a recent heart valve replacement he's had and that his recovery took three days instead of the three weeks it took the last time he had the surgery. He says he's setting up chairs to build up his strength....because he's headed to Ecuador in two weeks to study birds! It's what he does!

Ah, science and nature!
Posted by From Bluebirds to Turtles at 9:48 AM