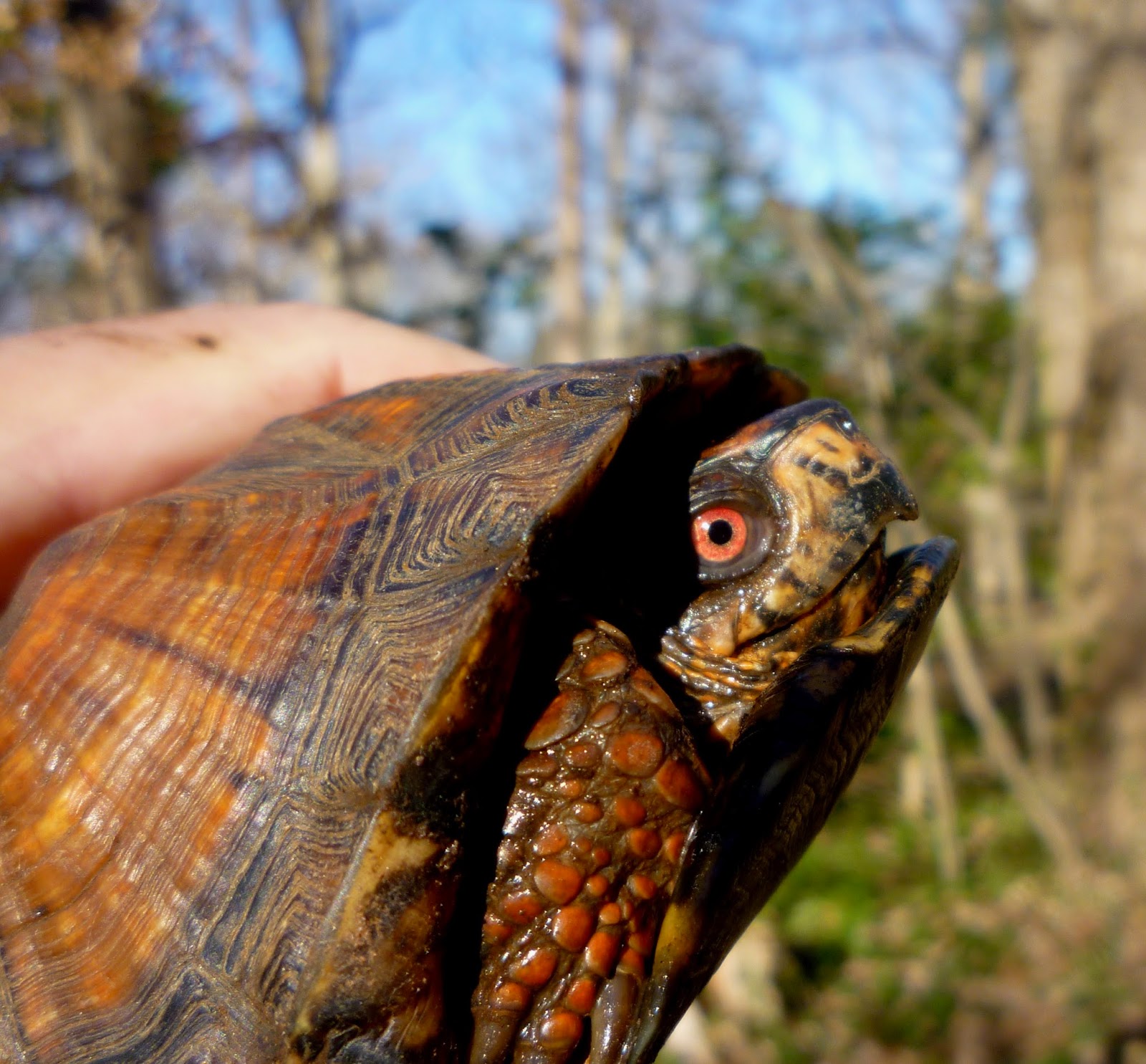 We first saw Bert Umber back in July 2014.  He is named for his somewhat burnt umber coloration.  Another feature that stands out is his particularly prominent growth rings on each scute. 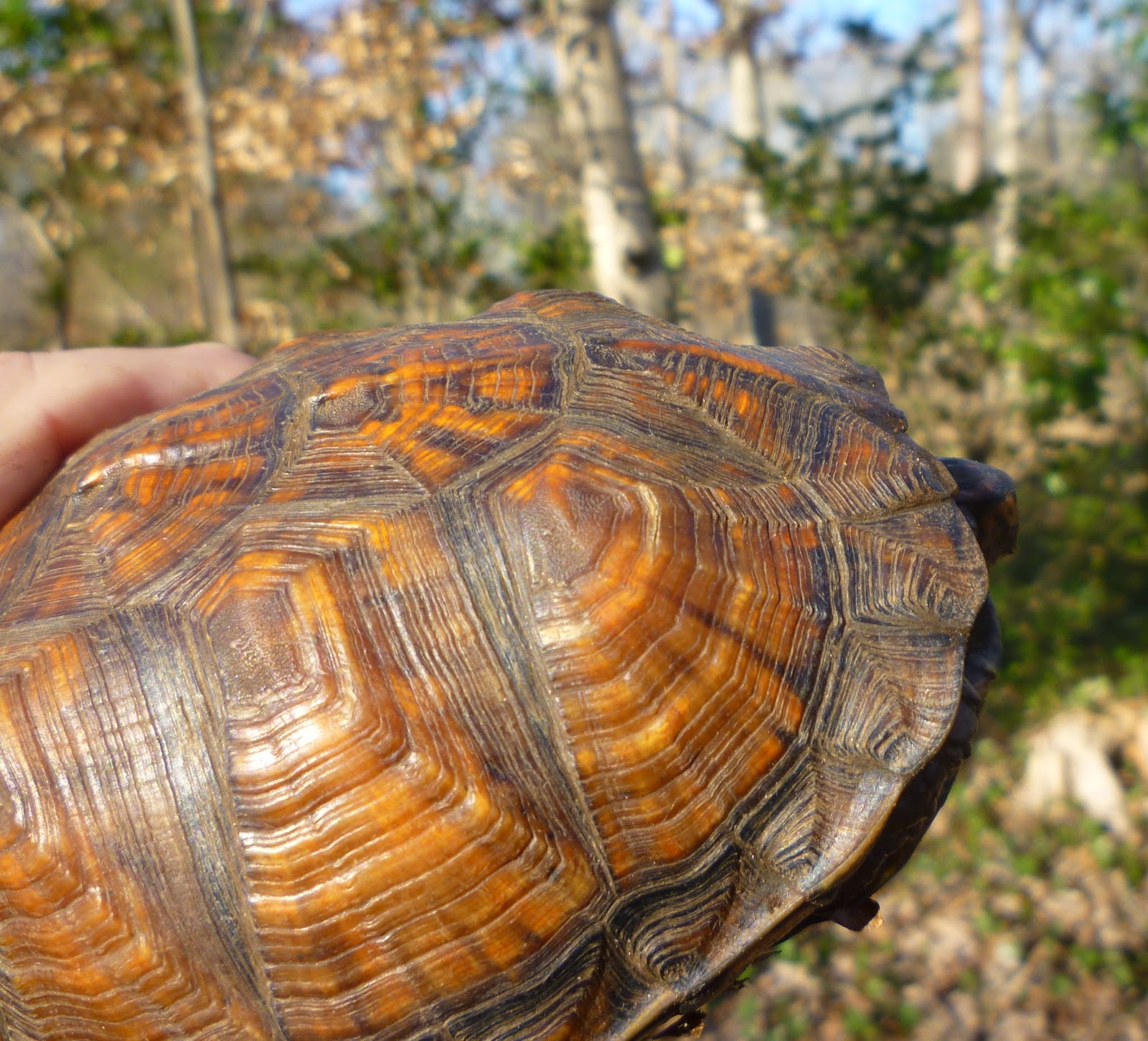 This photo is from July 2014 when Bert first showed up in the yard.  Several of his scutes have an angular ridge that runs from near the center to one or more corners. This gives him sort of a faceted appearance, a bit like a gem stone. 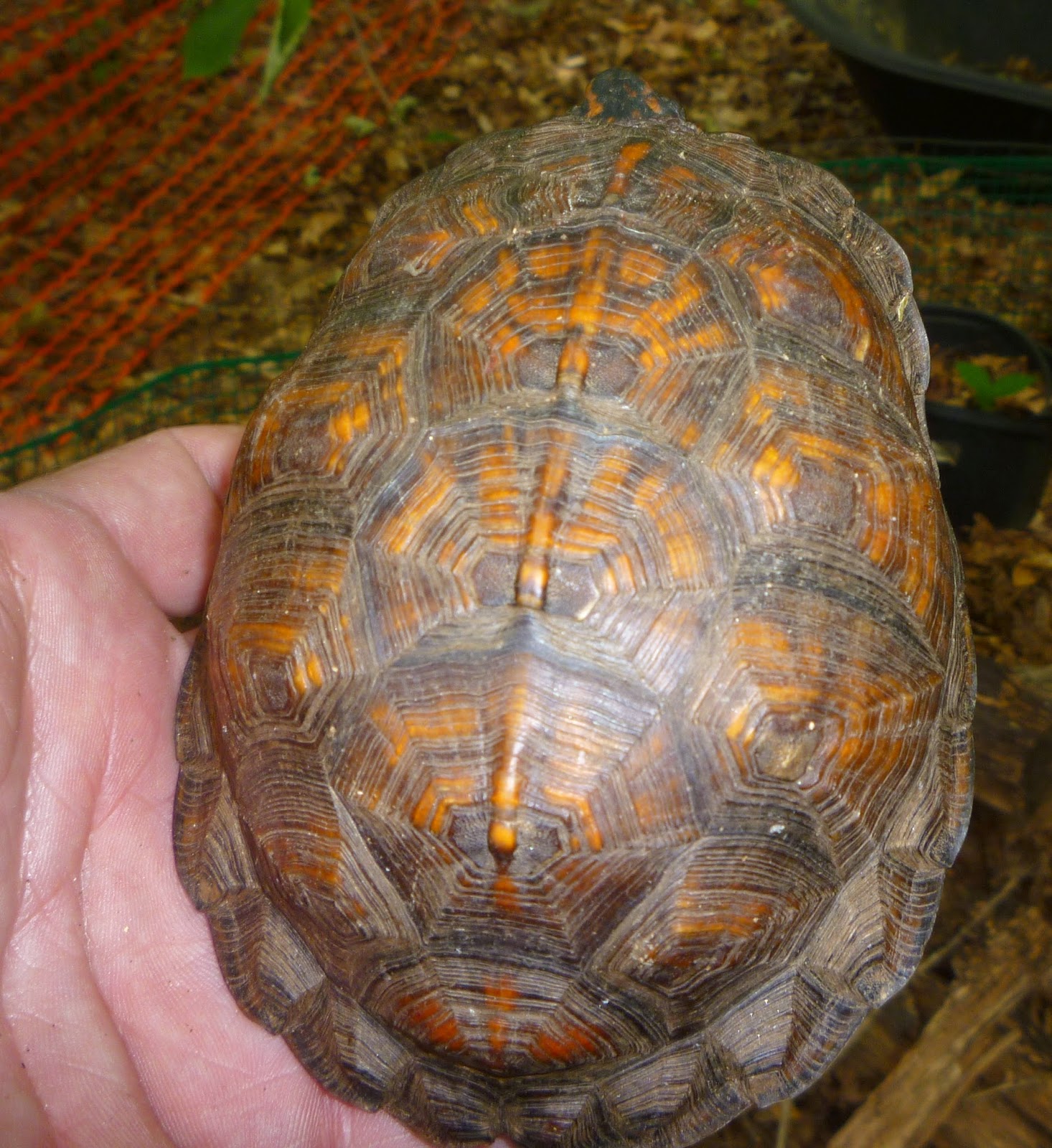 Another photo from July 2014 shows Bert's profile and his many growth rings. 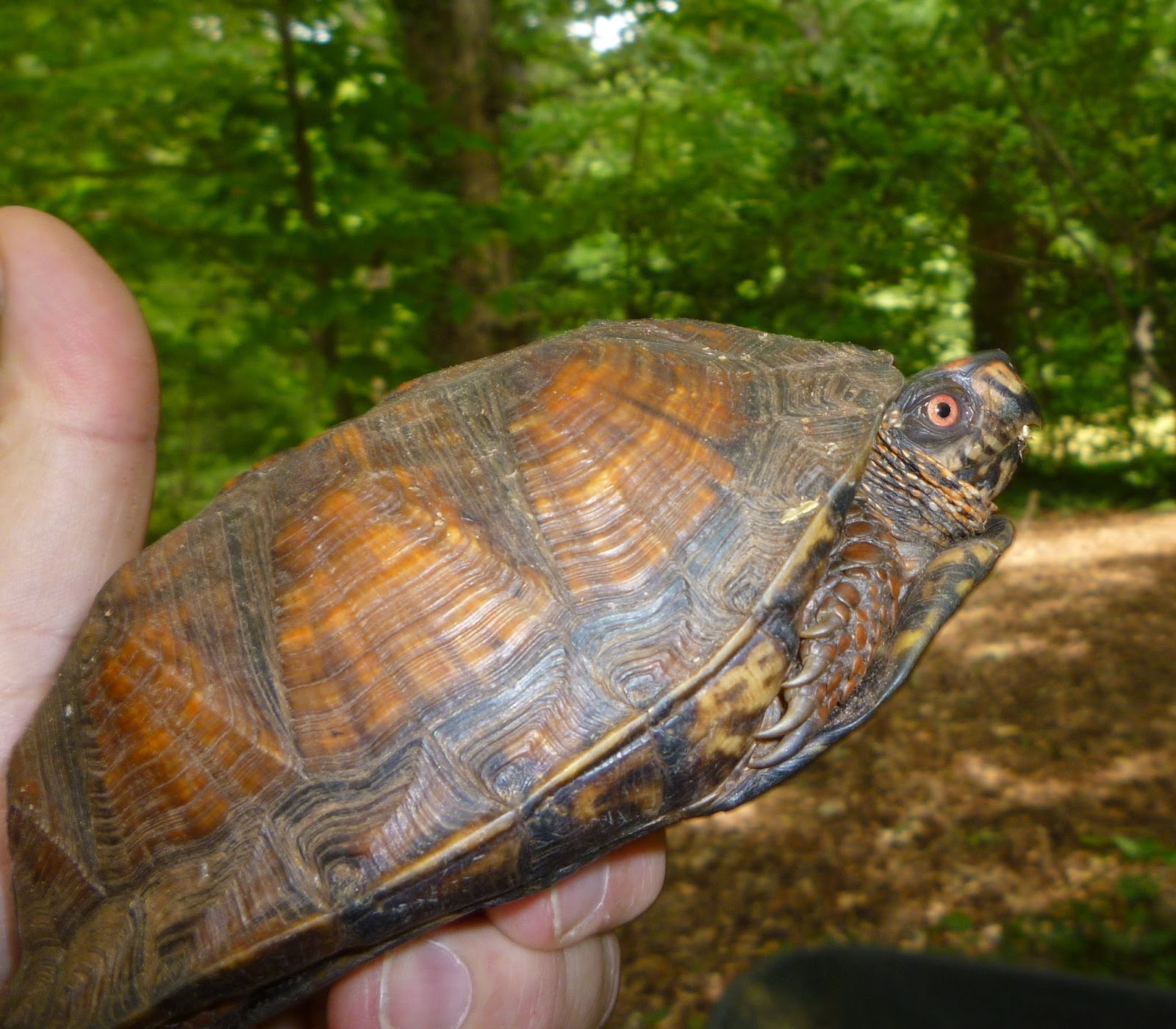 When our grandsons came to visit for Christmas, they brought us this Carolina Anole.  The boys found this cute reptile inside their Georgia home skittering across their basement playroom floor.  They named him Lightning Bolt for his speed and for the light colored line that sometimes shows up along his back.  Can you see the tiny spots of green here and there?  Check my "November Herps" post for more information on anole coloration. 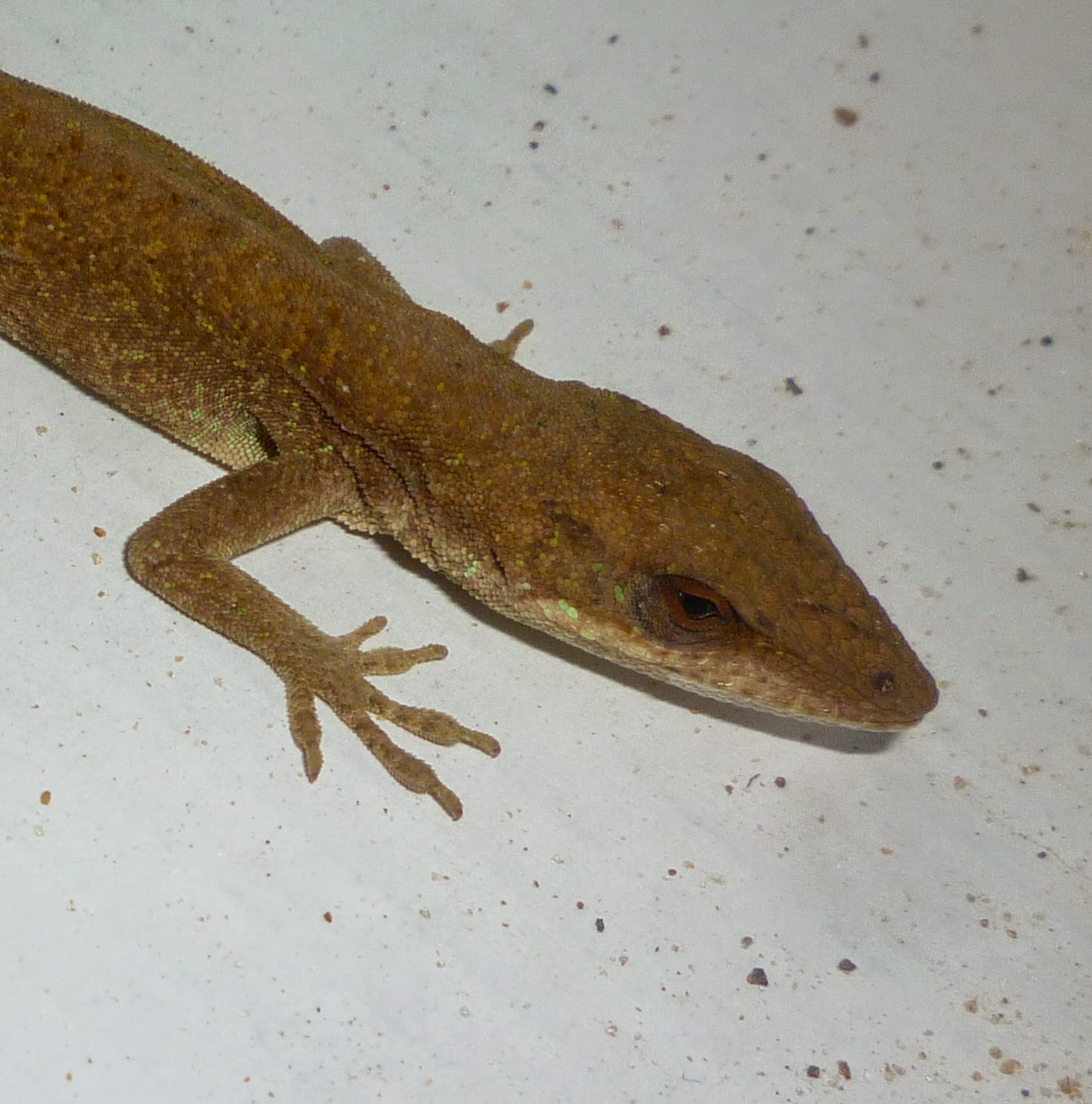 Lightning Bolt has a very long slender tail and five toes on each foot.  This anole arrived at our house in a shoe-box. The box lid was punched with ventilation holes and had the creature's name inscribed across it as well. 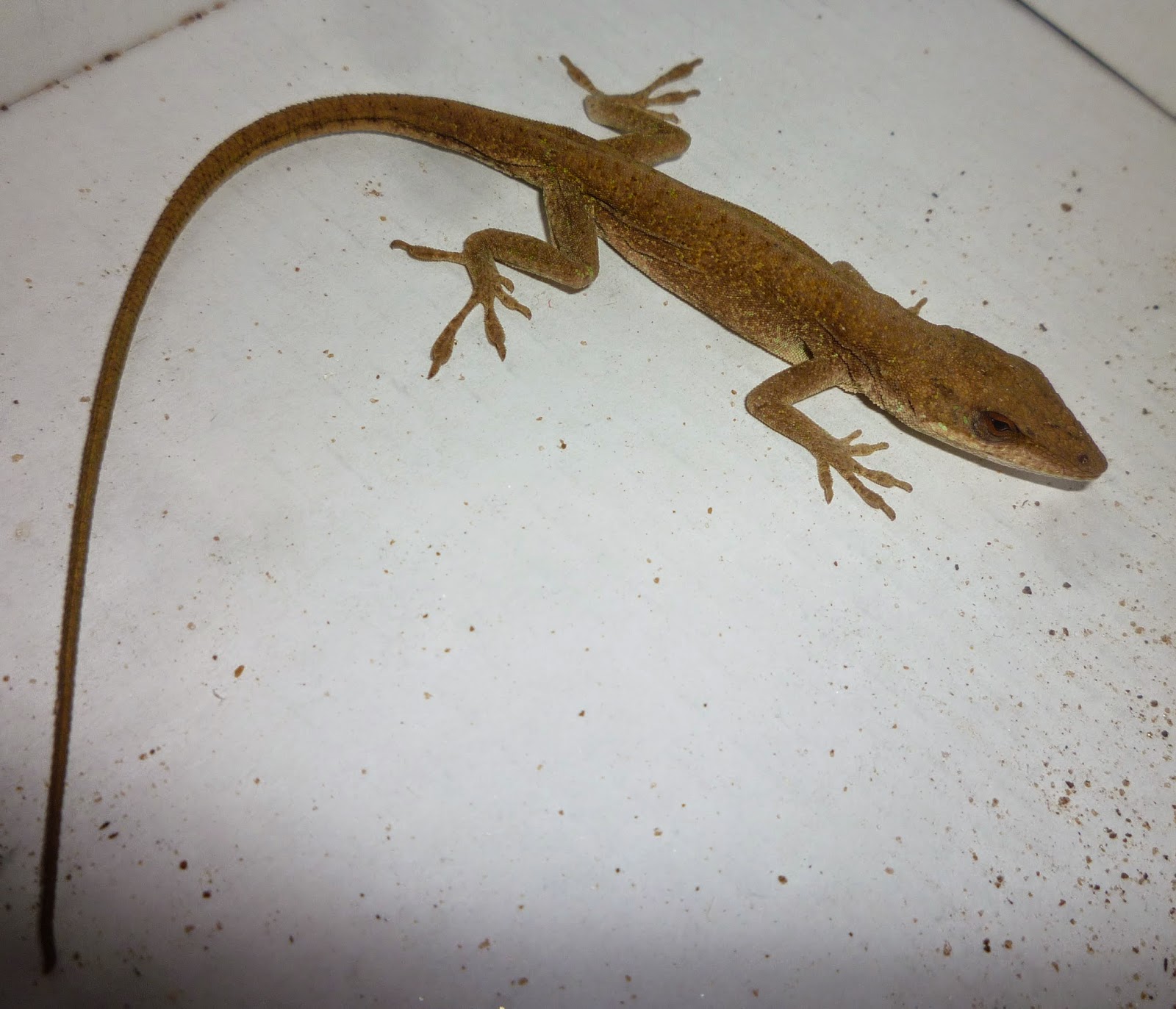 Lightning Bolt loved the boys so much....or was it the other way around....that he traveled back to Georgia with them in a nice new terrarium.  He's been well fed and has actually shed his skin recently.  Looks a bit like a hospital gown that opens down the back!  When the anole gobbled up the loose skin, the boys were keen to let their mother know that they had expected him to do so.  The boys are always surprising their mother....and their grandparents, too. 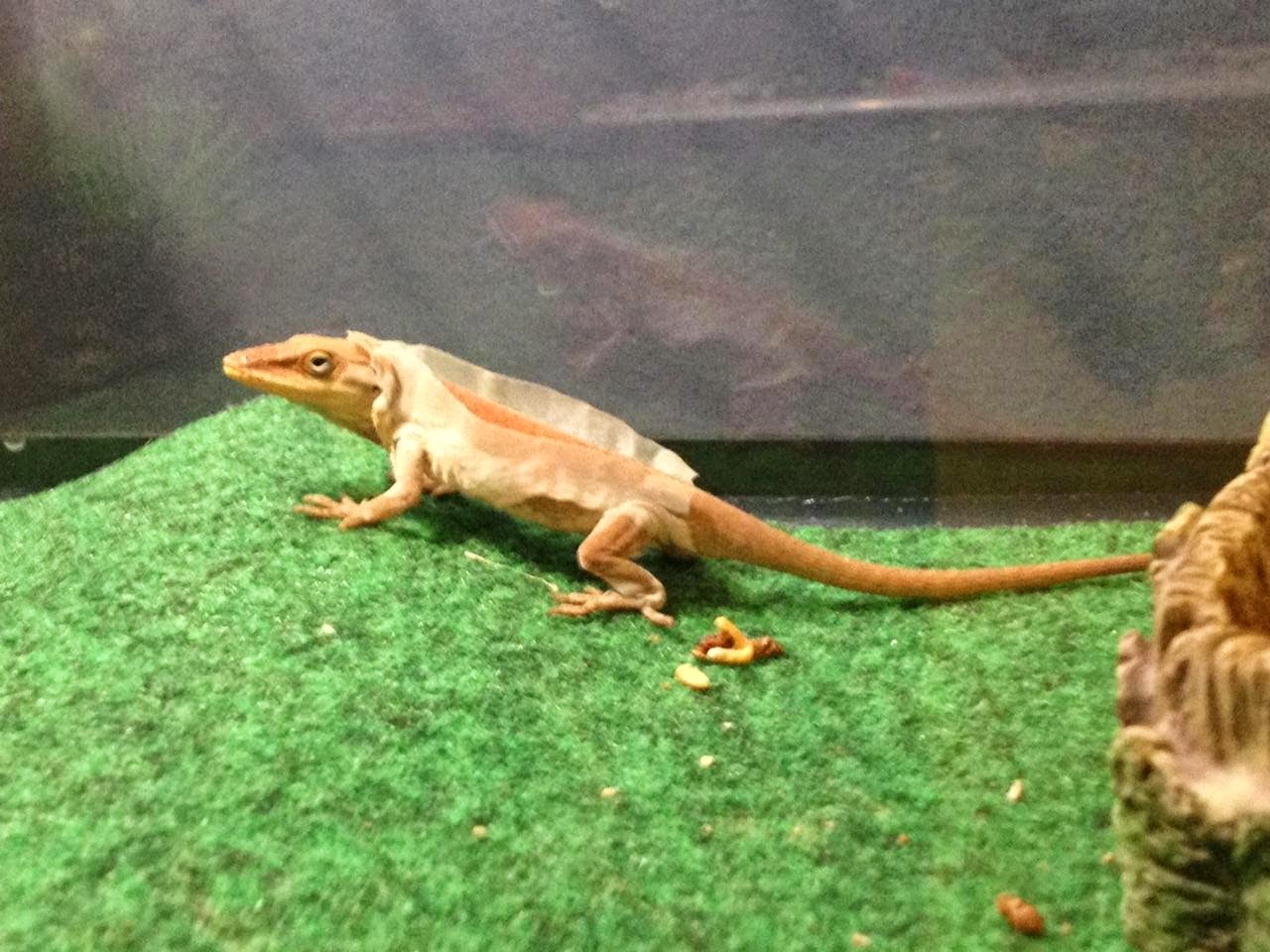 Lightning Bolt in his new digs!
Posted by From Bluebirds to Turtles at 9:55 PM